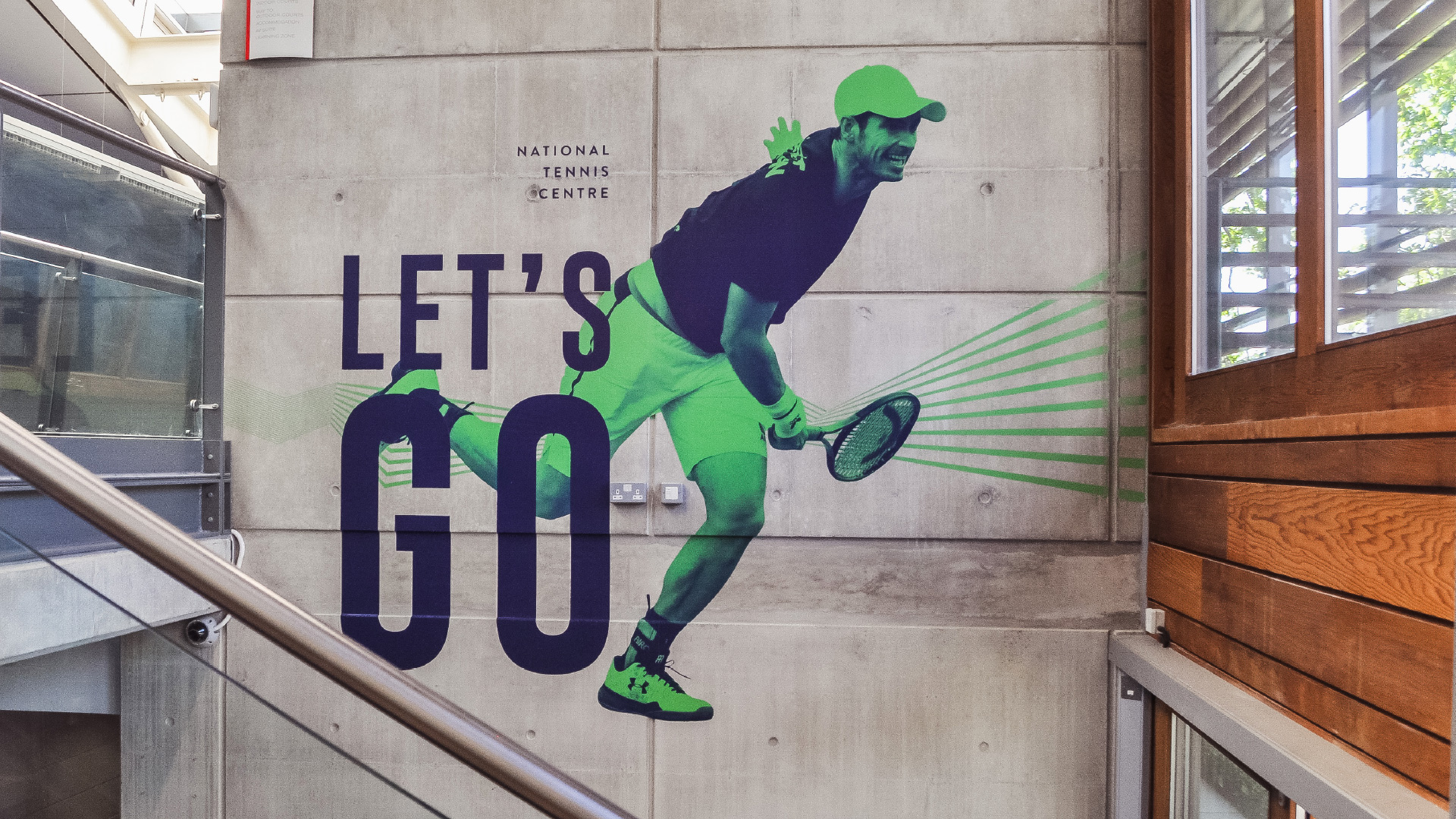 Opened in 2007 as the premier tennis facility in the UK, the National Tennis Centre (NTC) is the home of the LTA; the British governing body for tennis and Great Britain’s Davis Cup and Fed Cup teams.

The LTA commissioned Alchemy Mill to refit all environments with a visual identity to characterise the facility as a centre of sporting excellence.

Working for the LTA for many years, we have had the pleasure of visiting the NTC many times and have always appreciated the award-winning architecture. We instinctively understood how to strike a balance with the building materials, the flow of the centre and the opportunity of this renovation to inject the player development principles with real passion – in key impact areas.

We undertook the design and installation during the COVID-19 restrictions. Returning players, colleagues, groundskeepers have been overjoyed with the new lease of life we’ve successfully breathed into the site. Subsequently, the facilities have been the backdrop to marquee tournaments like ‘Battle of the Brits’ and appeared on the BBC’s Children in Need tennis sketch, starring Andy Murray and Peter Crouch. 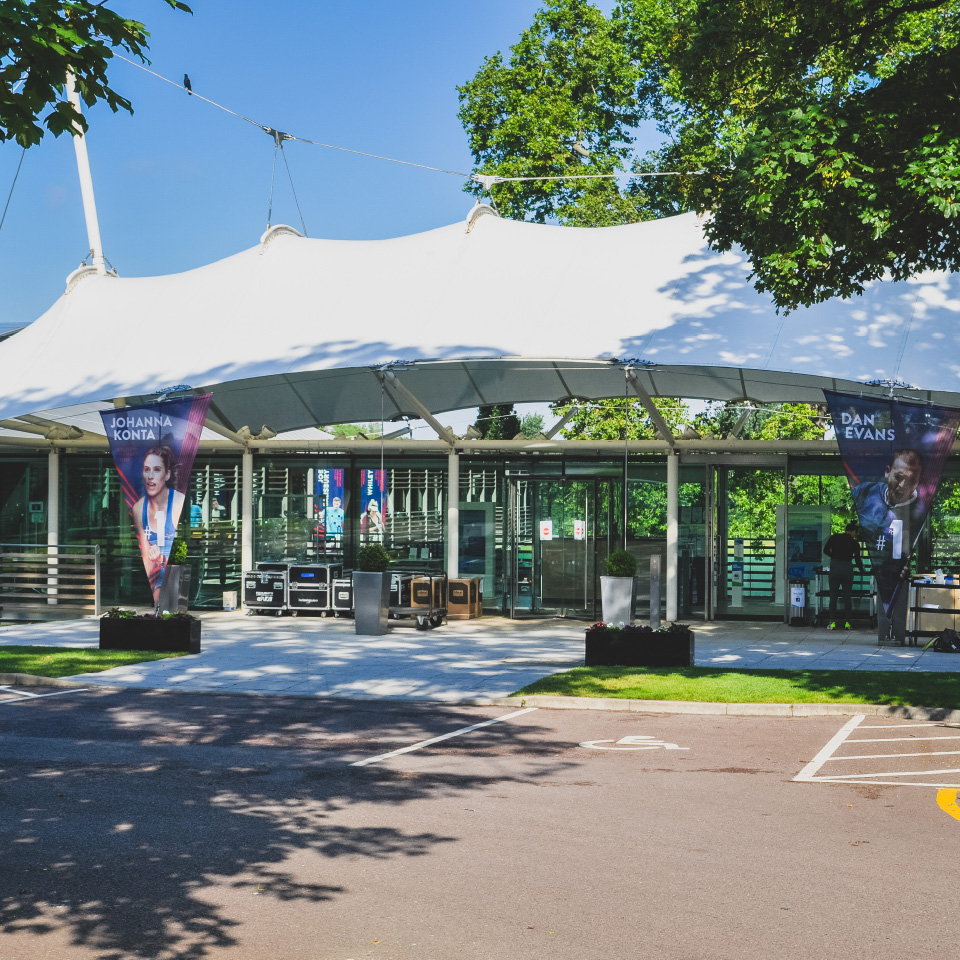 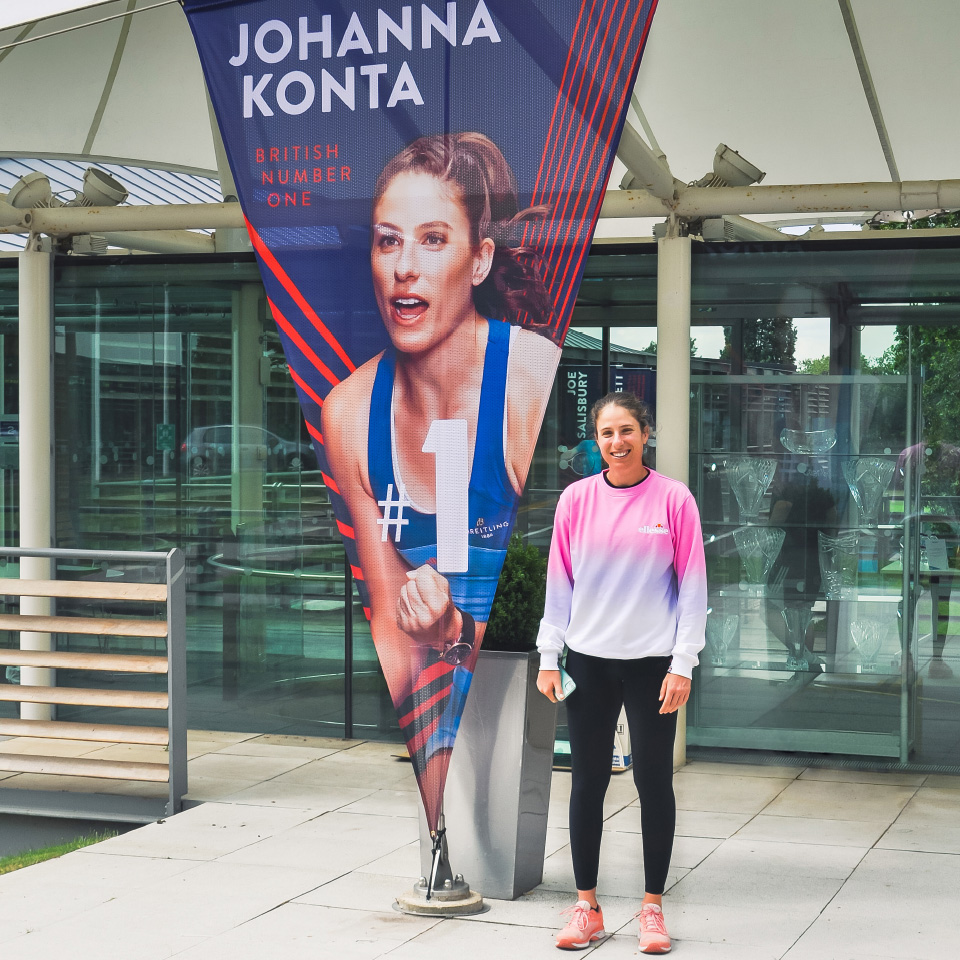 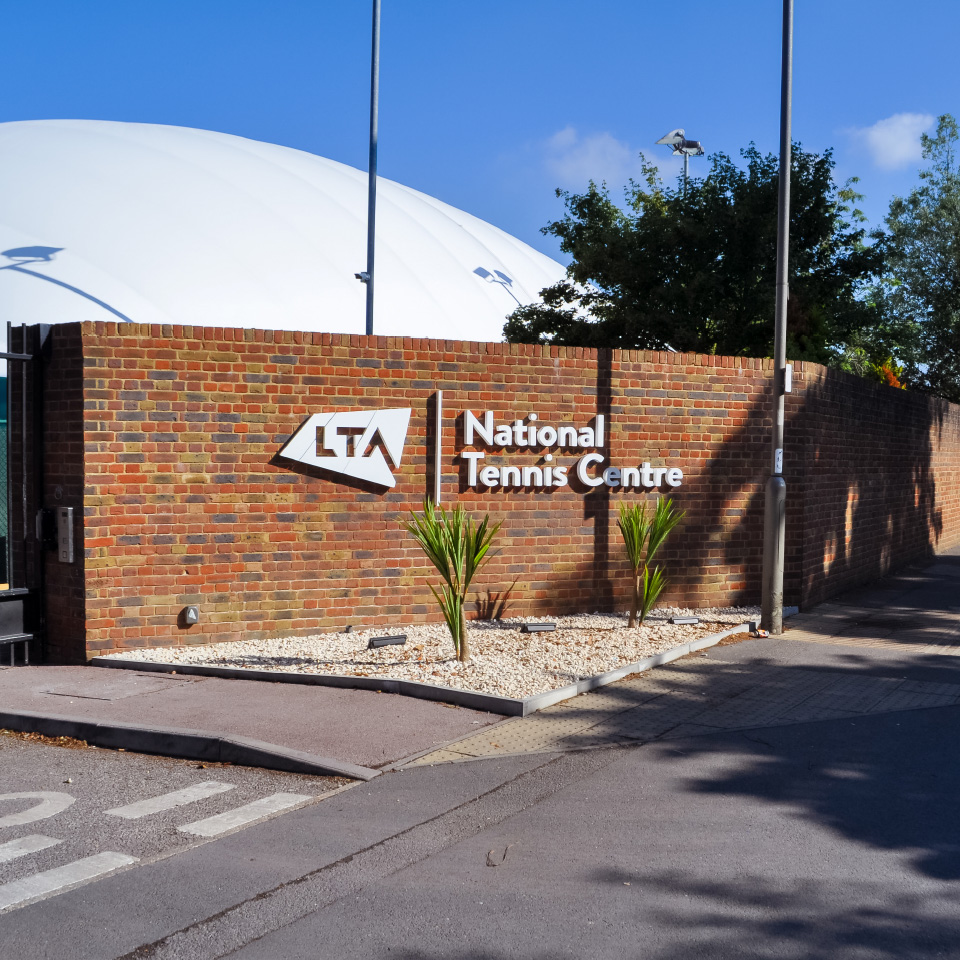 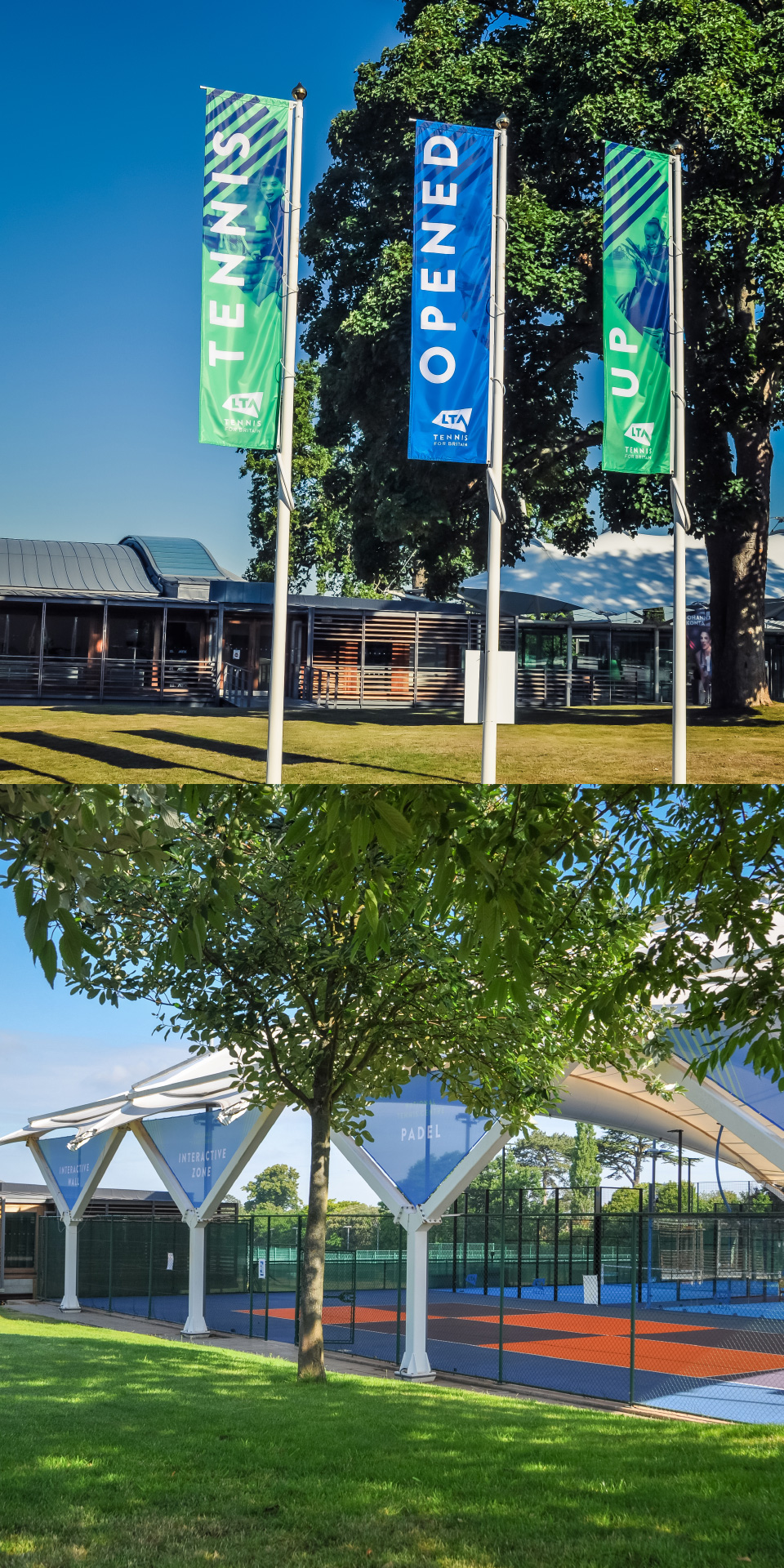 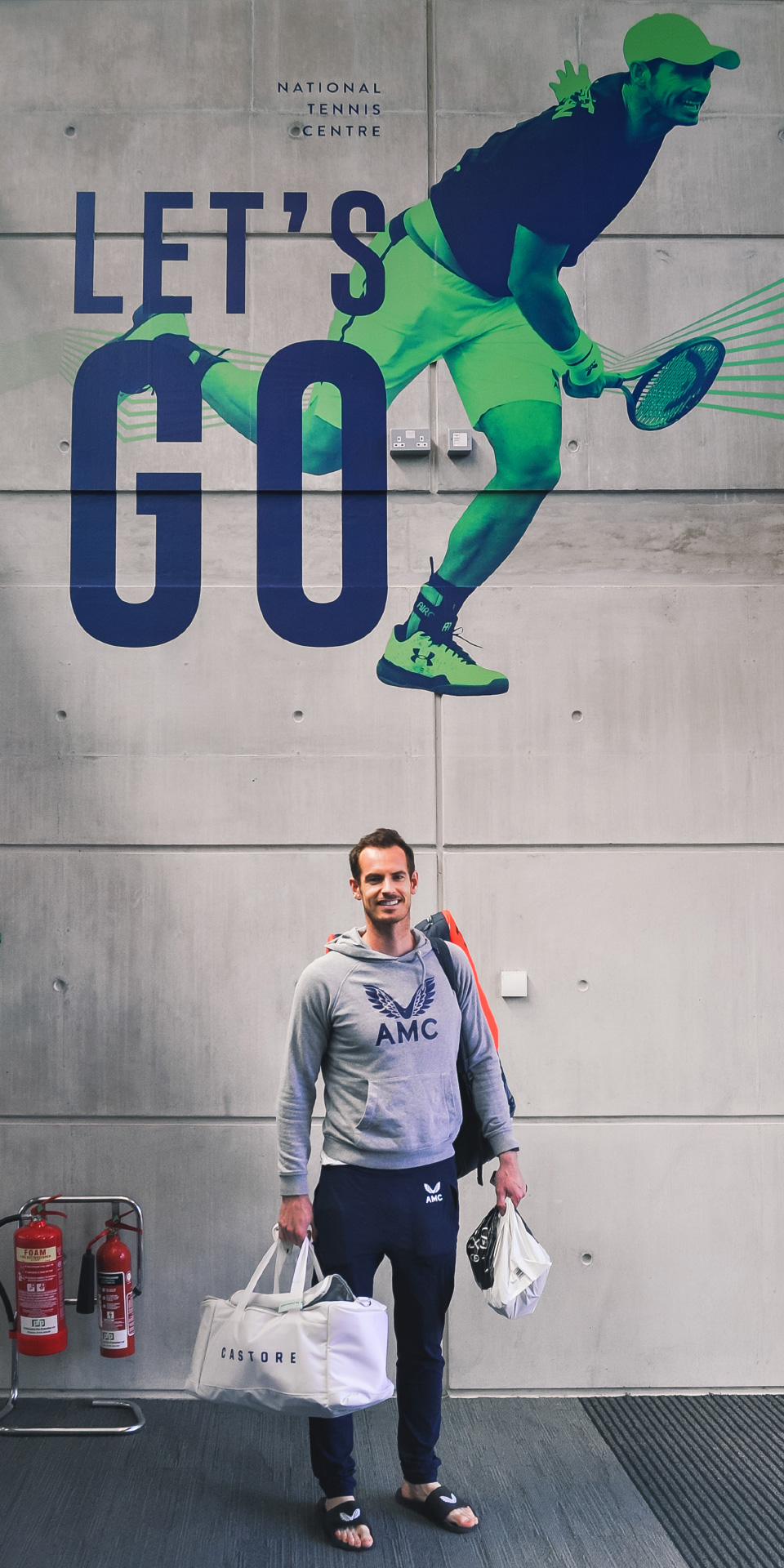 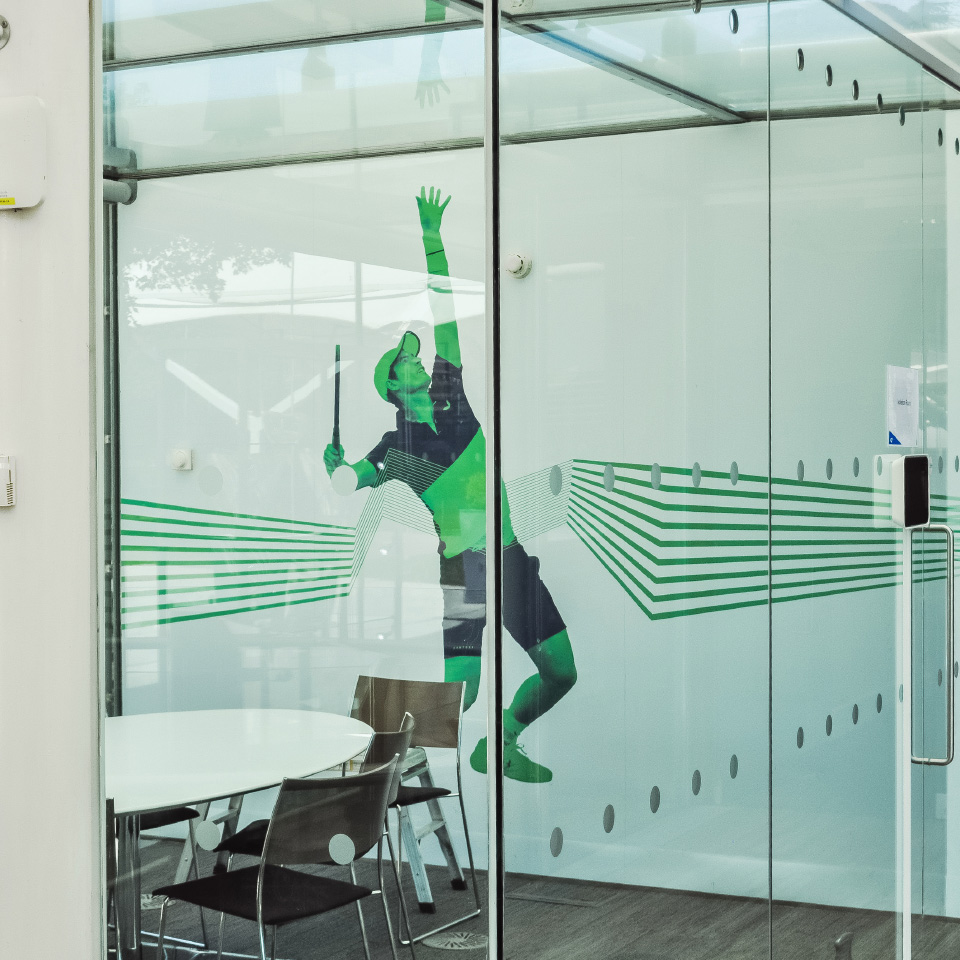 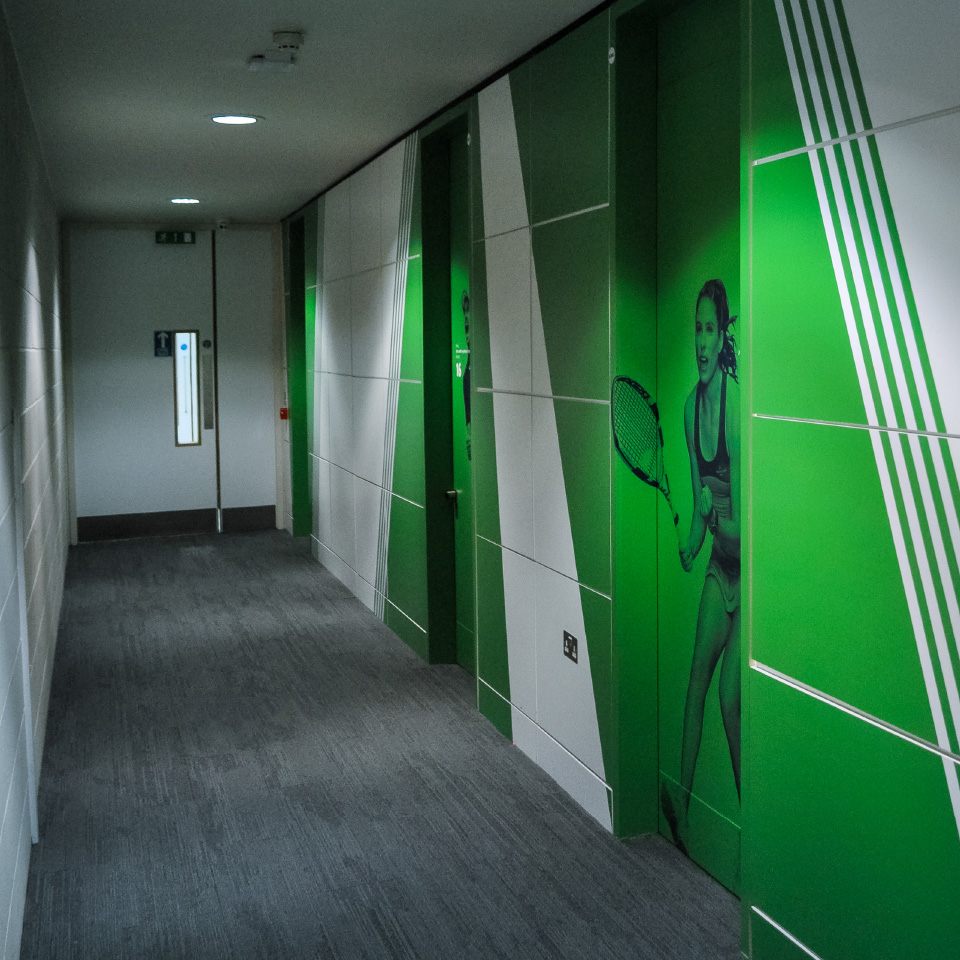 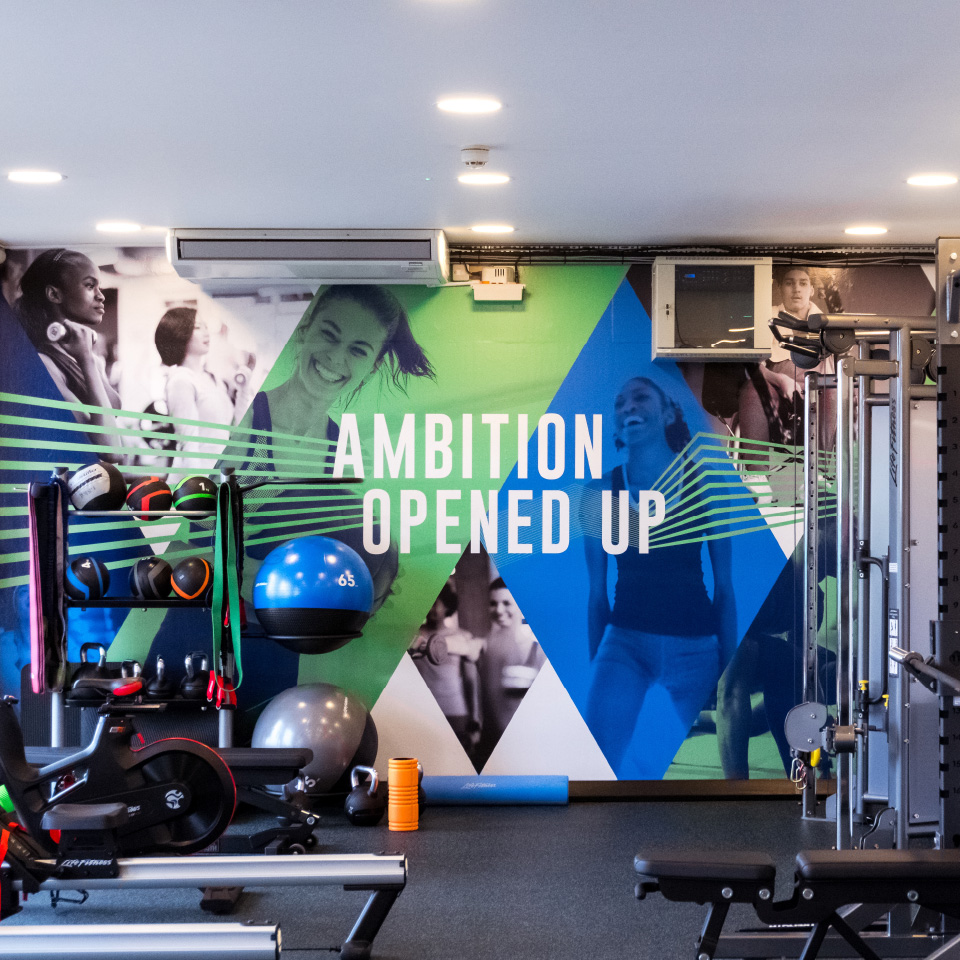 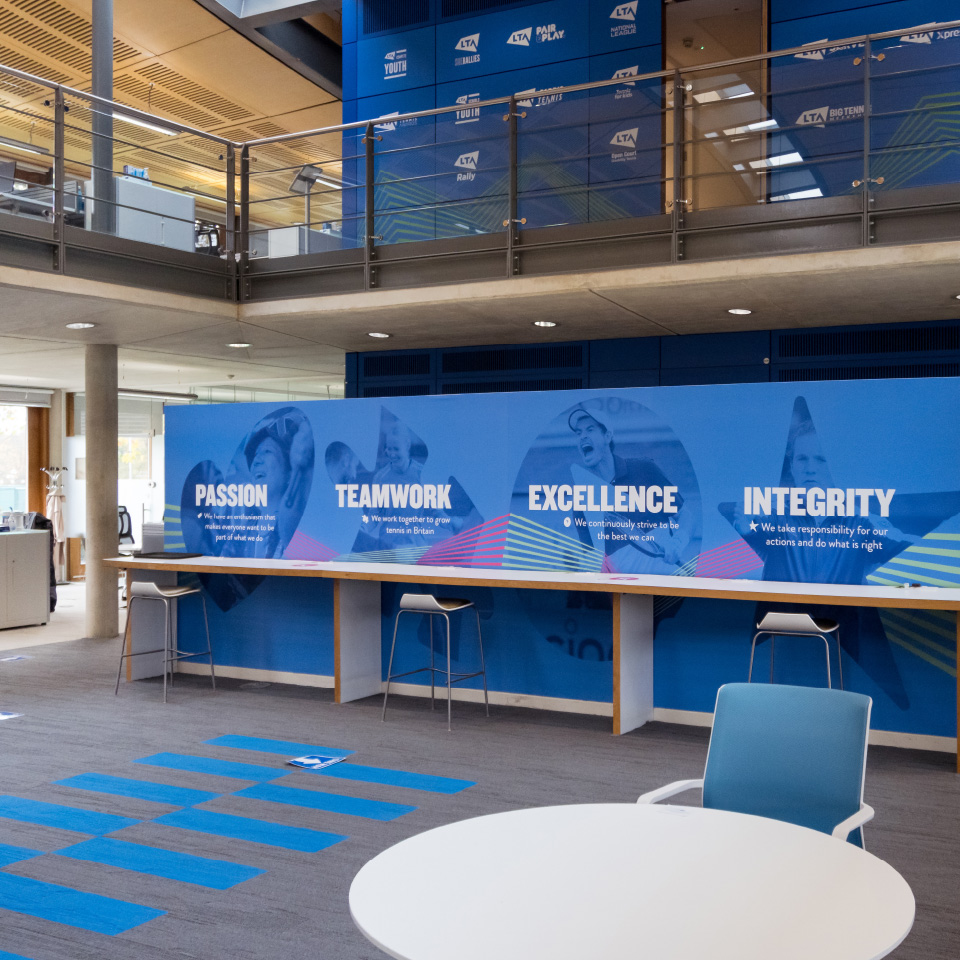 A major requirement of the project was to link the main functions of the site which are the LTA’s administrative offices, the community playing areas and the elite performance facilities. We created a ‘ribbon element’ which honours both the existing LTA visual language and harmonises well with the building’s architecture and design, running up and down stairwells and linking all areas visually. The performance area is distinguished from the community / colleague areas with the use of red and blue, reflecting the work and prestige of the national teams. These areas cross over at the Deuce Bar communal area – where the green and blue design elements and ribbon meet the red and blue design elements and ribbon. 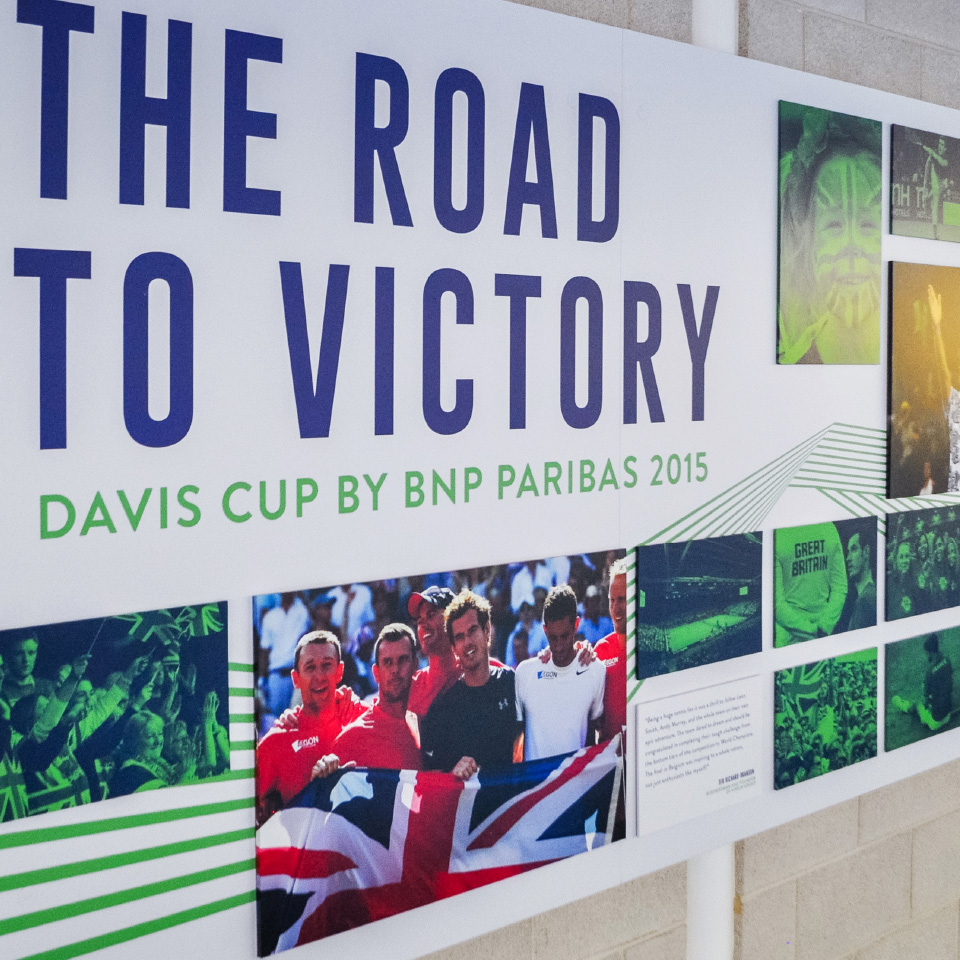 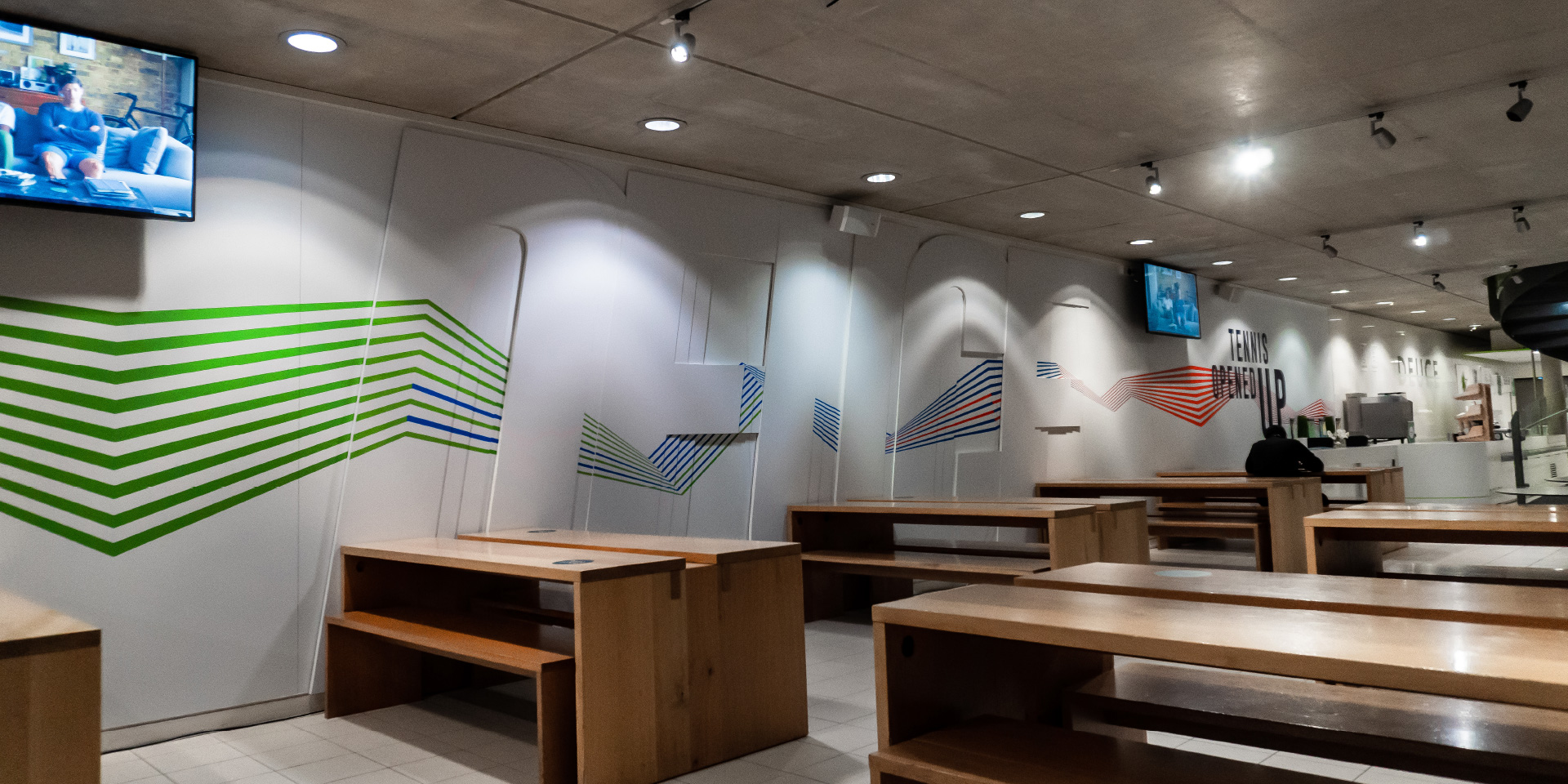 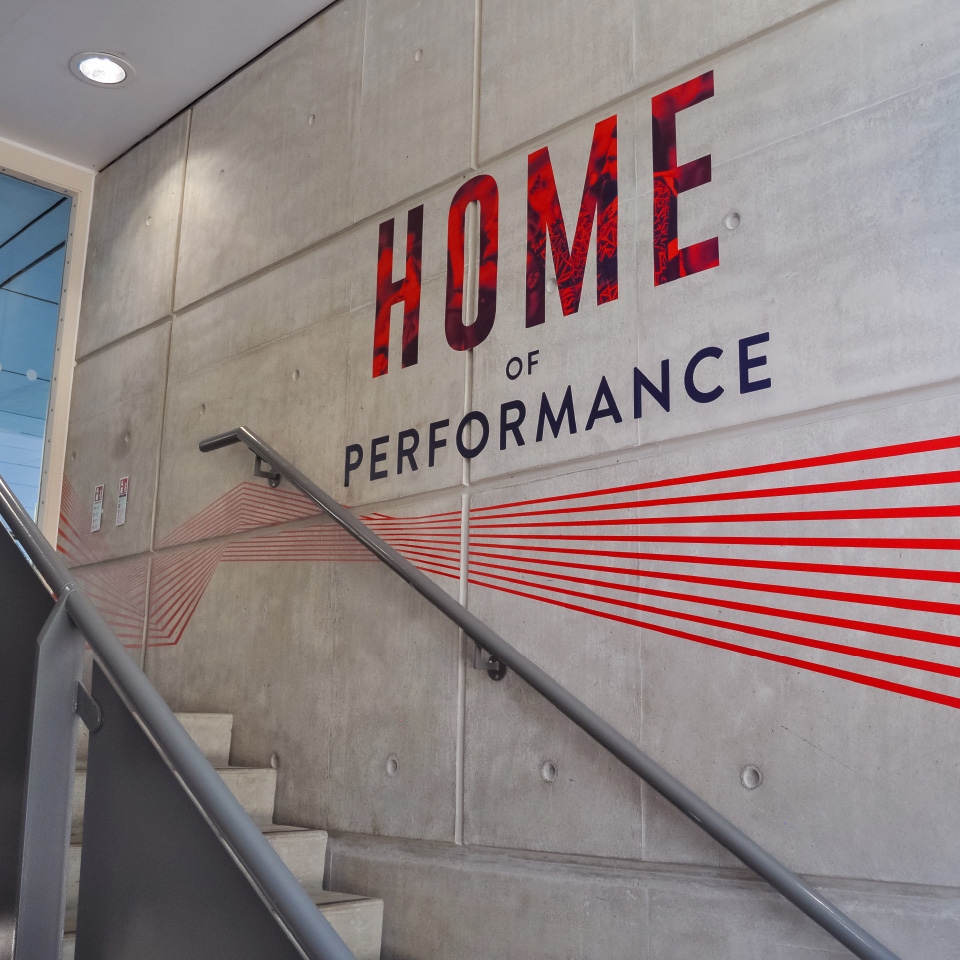 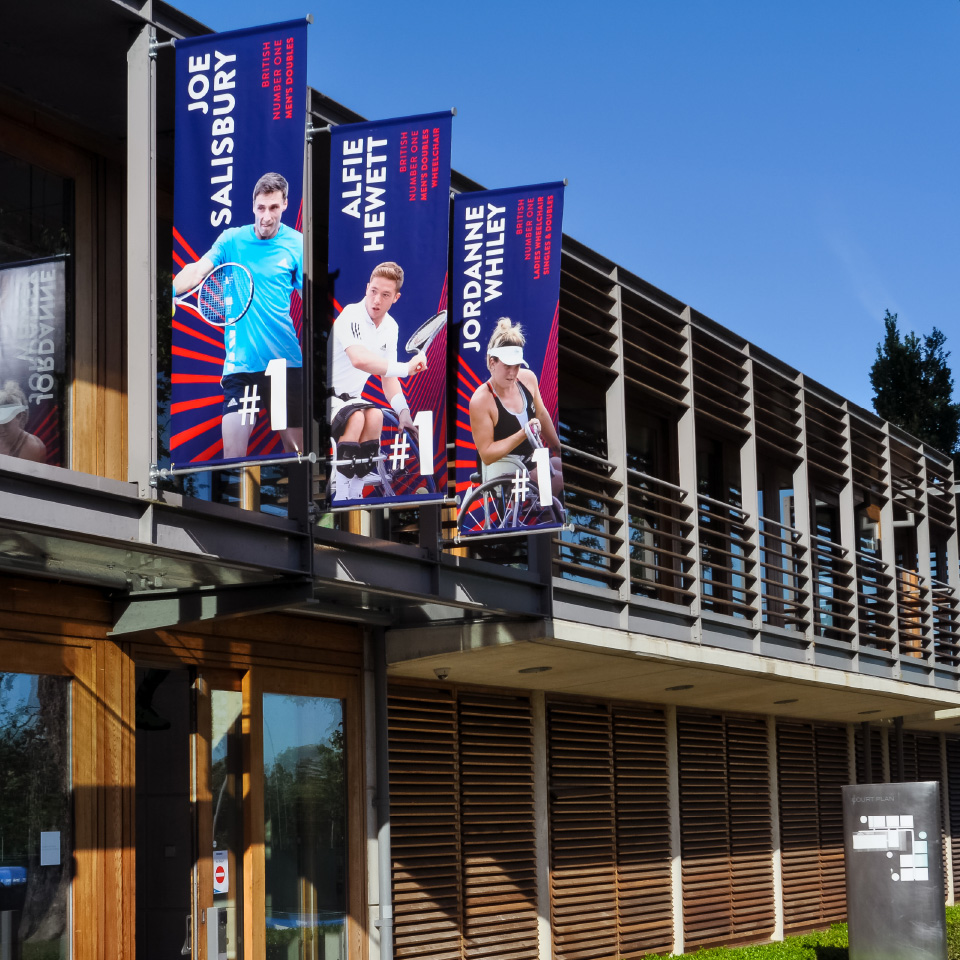 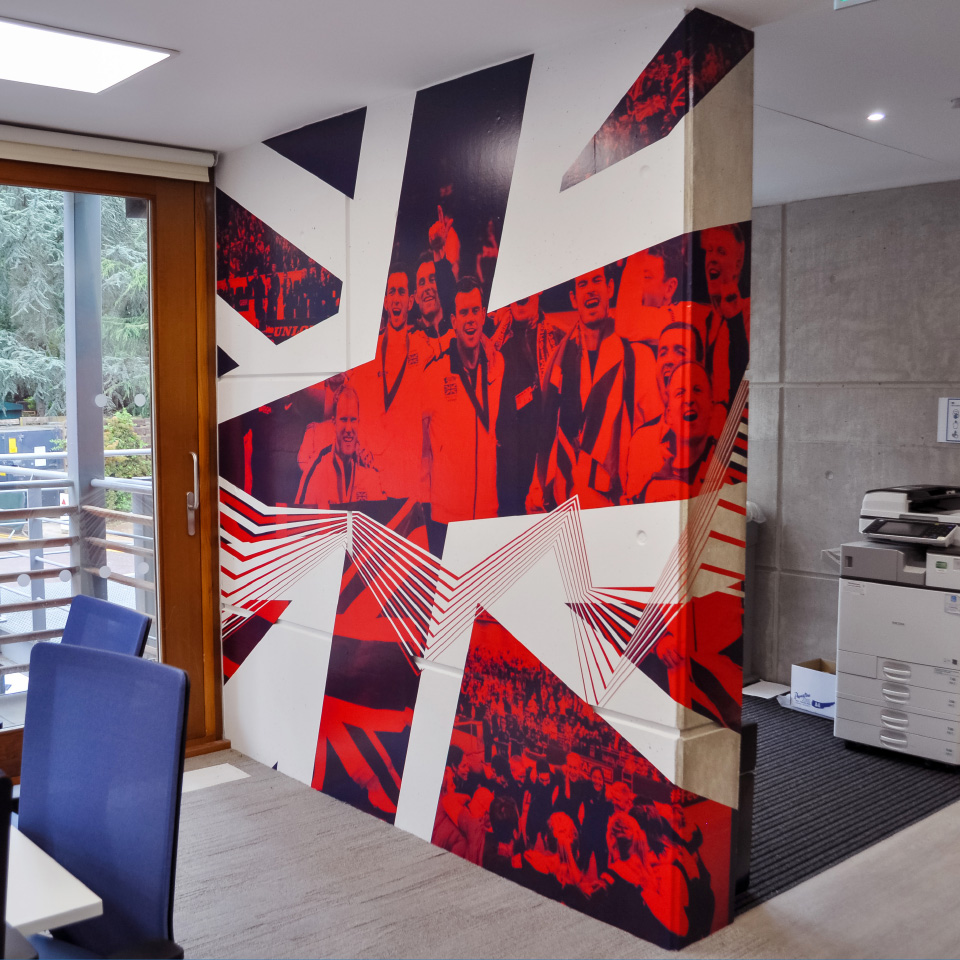